Snowboarding in Les Gets 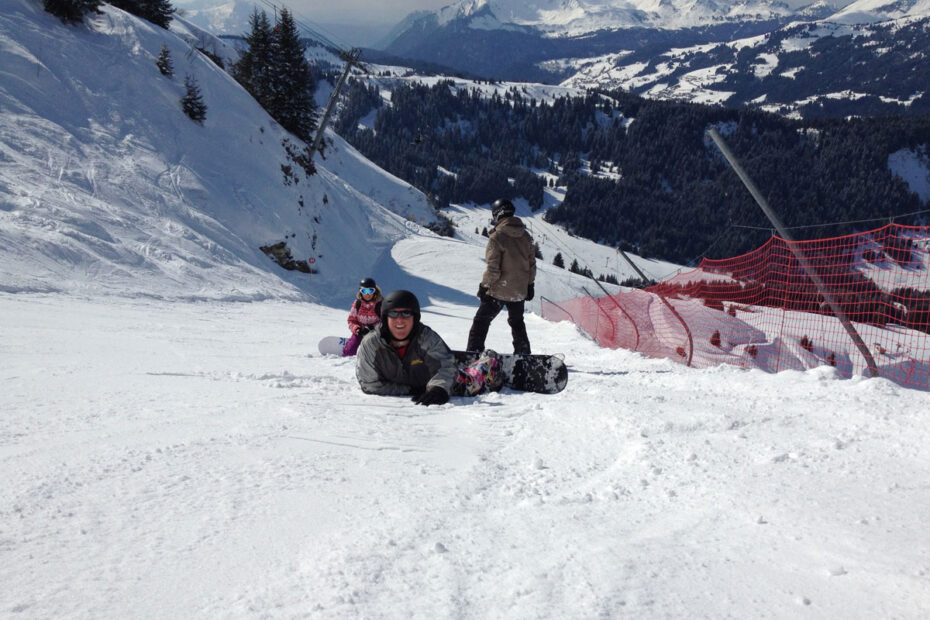 One snowboarding trip a year just isn’t enough and when you have mates doing a season somewhere…well it’s rude not to! We took the opportunity to go a short break to Les Gets.

Jumping on an early flight from Stansted meant we had arrived in resort by mid-day so we were on the piste by 13:30, one of the many advantages of Les Gets is its short transfer time – just an hour from Geneva – which means less faff and more time on the snow!

Les Gets is a very pretty little alpine town, its low altitude can cause issues in poor snow years, so it is worthwhile checking on the conditions before you book (no snow issues this year!). It is part of the massive Portes du soleil ski area – so if you do come for longer then a weekend you won’t run out of piste! We just stuck with the Morzine/Les Gets pass and found that was plenty for a short break.

The snowboarding in Les Gets is ace, loads of variety both on and off the piste. There is a good mix of blues, reds and blacks with some fun stuff to play off on the sides. There is also a couple of terrain parks to play around in if that’s your thing. The only downside was it was super busy, so by the end of the day many of the runs became a slushy mogully mess – yuck!

There is loads of opportunity for apres too, lots of good bars and one night club (though didn’t venture in it!). It is a resort popular with the brits with young families though so don’t expect anything too rowdy!

We stayed with a company called Pure Mountain, who were brilliant – really flexible, good value and extremely helpful. Meaning the whole three and a half days boarding came in under £500 – BARGAIN!

Do you know of any short break resorts that won’t break the bank? Tweet @ownthetrail