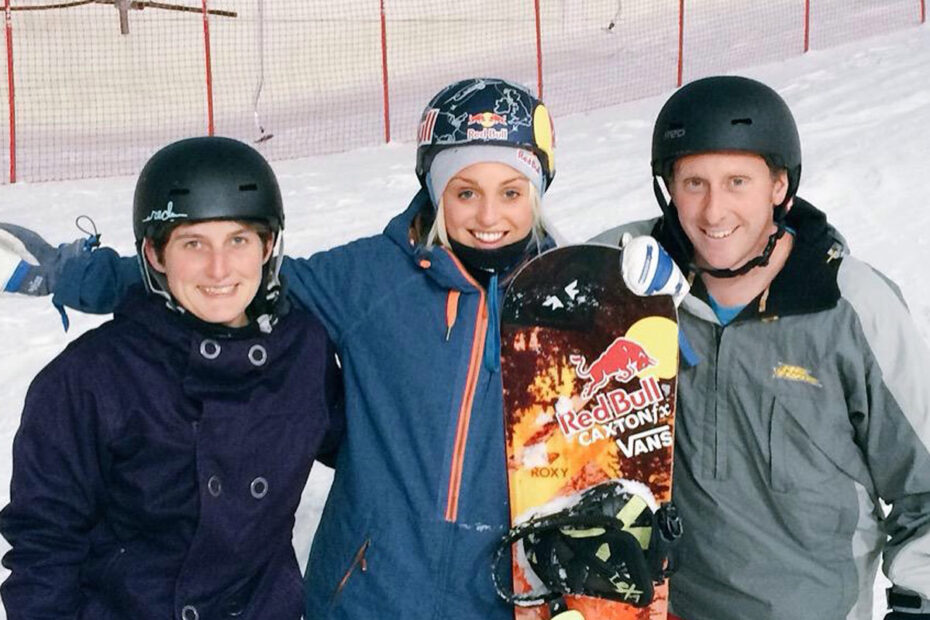 I don’t win competitions – I think the last time I did it was an Easter Egg colouring competition when I was about 7!! So I was more then surprised when I got a call last week saying I’d won a day on the slopes with Aimee Fuller (GB slopestyle snowboarder!) from entering a ‘Renegades Wanted’ Jeep competition. “Fantastic” I said, then I was told the event was just the next week, not much time to arrange childcare – luckily Granddad stepped in so me and the hubby were free to go together!

We arrived at Hemel Hempstead on a wet Monday afternoon (typical UK July weather!) – not that it mattered as we were heading inside to the snow! I’d never been to the Snow Centre at Hemel Hempstead before but the first impressions were good, less commercial compared to Snowdome at Milton Keynes and a lot newer then Tamworth.

We had lunch and then a ‘Meet and Greet’ with Aimee – who was lovely, and happy that we could already snowboard! Unfortunately there were no toys out on the slopes so we hatched a plan to learn some flatland tricks! Though I’ve been snowboarding for quite a few years, I mainly stick to pistes with the odd excursion through the park but I don’t really know what I’m doing!

I was pretty nervous before heading out, last time we were on snow was February and our first challenge was remembering how to ride a button lift! Luckily snowboarding is a bit like riding a bike and after a couple of times down the slope we were back into the flow of things.

First lesson – how to ollie! An ollie is basically a jump, pushing all your weight through the tail of the snowboard and springing up -easy right? Well Aimee made it look easy! It’s all about timing and spring, two things I seem to lack! Doing it standing still was ok but on the move was much more tricky! Aimee and the instructor from the Snow Centre put out a ski pole across two cones and got us to jump over it, I managed it once out of about 5 attempts! Though when you do get the timing right it feel great.

Next up was progressing the ollie so we were doing it off a small jump and the finally we put all of this together to try a 180 spin. We tried this static first both off the heel (which I found easier) and toe edge, I got there is the end! It really is hard work! You need loads of pop and spin, along with good timing, co-ordination and balance to take-off, spin and land. And we were only doing a 180! And then we tried to do a backside 180 off a small jump, which amazingly I did and landed it! Was proper pleased with myself as it it something I have been wanting to do for years and now I know I can do it.

To finish off we just did a couple of fast runs down the main slope, my legs were dead after just under two hours. All the jumping and turning really knackers you out! Must get fitter…

It was a fantastic day, really felt like I learned new things and meeting Aimee Fuller was great too – wish her all the luck going towards the 2018 Winter Olympics in PyeongChang. I have a new found respect for all the guys and girls who can ride the park and make it look good!

Shame it’s only July, can’t wait to take what I have learned back onto the snow!

Had the chance to learn some new stuff on the snow recently? Let us know. Tweet @ownthetrail