Fort William and the West Coast of Scotland 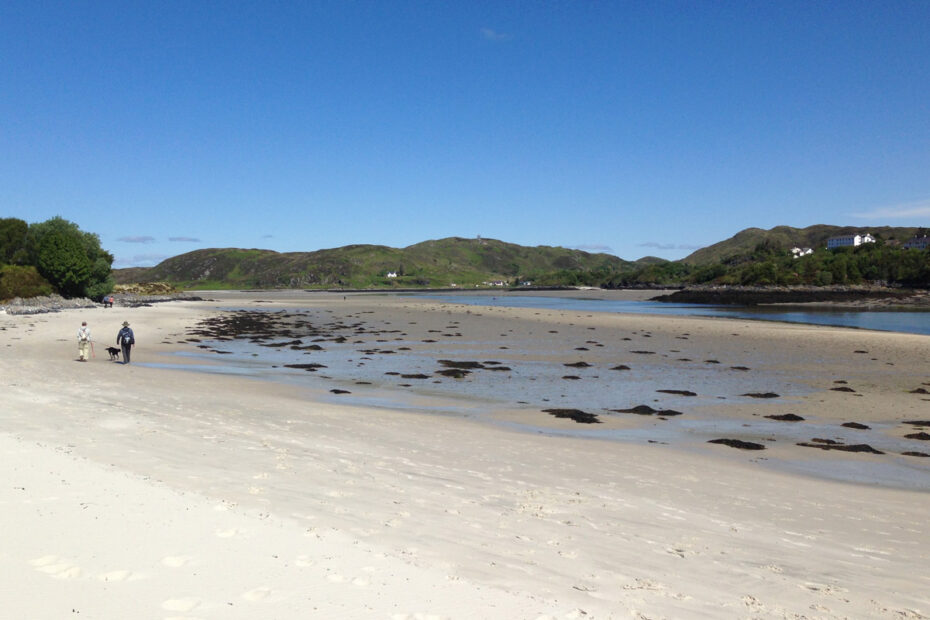 We headed north last week with a group of mates to combine watching the UCI World Cup Downhill race at Fort William with a bit of an explore of the west coast of Scotland.

After 9 hours in the car with a toddler (not the nightmare I thought it might be) we were all relieved to reach our cottage. Just outside Fort William in the picturesque Glen Nevis. The last part of the drive was not to be forgotten though, Loch Lomand and Glencoe looked stunning in the sunshine.

The cottage was booked through Glen Nevis Holidays. It was perfect for the needs of our mixed group, with three bathrooms, plenty of living space, bike storage and an enclosed private garden.

The first day was spent exploring the trails at the Nevis Range. Many of which had mostly already been taken over with preparations for the World Cup race. Having the little man with us we knew that we would be confined to the forest track. So we grabbed a map and explored a couple of these trails. The going was a bit too rough for the bike seat and when Ethan told us he wasn’t having fun it was time to bail out and head back to the cafe.

Luckily there was so much going on with all the race preparations that was all the entertainment that Ethan needed. So Mummy and Daddy took the opportunity to take a turn each of doing the Blue Adder trail. A short but sweet blue graded trail. A pretty steady off-road climb leads you to a fun downhill which can be pretty testing when you are travelling fast! The whole trail only took 20 minutes but at least we can say we did some mountain biking in Scotland.

In the early evening we took a walk along the river to the lovely Ben Nevis Inn. Enjoyed a very nice pint in the beer garden watching all the walkers descend from Ben Nevis.

The sun was still shining so we headed for the beach. Not something I thought I would be doing in Scotland! An hours travel from Fort William along the very scenic A380 took us the beaches near Morar. They were definitely worth the drive!

The coastal road is well worth the detour off the main A380. Around every corner there is a new stunning cove. Except for a scattering of camper vans the place was deserted, it’s a case of pick your own private beach! With the sunshine and golden white sands we could have been in the Caribbean! Ok, the sea was a little chilly and there were no palm trees or cocktails but for me it was the perfect. Not a tacky amusement arcade in sight! We all had the best day of playing in the sand, paddling (or just dipping a big toe in before running away screaming!) and exploring. Before heading into the harbour town of Mallaig for an ice-cream. Perfect. It was one of those days when you wouldn’t have wanted to be anywhere else except Britain.

The rest of our friends had weekend tickets for the World Cup. So they all headed off over there to watch the qualifying and practice runs. We thought two days of watching mountain biking would be too much for Ethan and possibly us! So we got back on the bikes and headed to the Caledonian canal which runs from Fort William to Inverness. We did the first nine miles from Fort William to Gairlochy. It was a simple route to follow, just keep the canal on your left and the river on your right! The surface was perfect for the bike seat, but my god, the headwind was something else! We battled our way to Gairlochy. Sweets were involved to prevent a toddler meltdown! Hoping to find a tea stop and some lunch.

Unfortunately all we found was some very pretty views and some canoeists who had come all the way from Inverness! So we turned around and headed the 7 miles back to the start of the canal at Neptune’s Staircase. We had the only rain of the whole trip in the afternoon so took the opportunity to take a drive to the end of Glen Nevis. Yet more jaw-dropping scenery, beautiful waterfalls dropping into the gorge and lush green vegetation.  It would have been fun to get out and explore but unfortunately Ethan had take the advantage of the car journey to take a well deserved nap.

We had an amazing visit to this beautiful corner of Britain, defiantly somewhere we will be coming back too and next time for longer!

2 thoughts on “Fort William and the West Coast of Scotland”