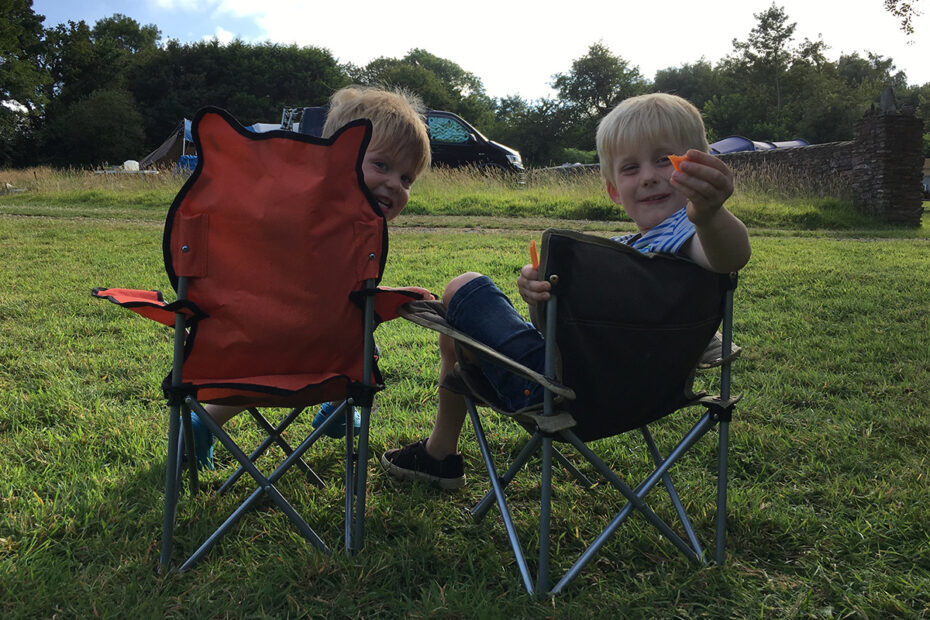 The summer holidays are finally here and we’ve survived the first year of school! Time for a much needed break from the routine and some fun adventures. Our first trip was three nights camping at Beryl’s Campsite with the two boys and my Mum.

We choose Beryl’s Campsite in the tiny village of Beeson on the South Devon coast. The campsite had some great reviews on the Cool Camping website and it’s an area we’d not really explored before.

The campsite, as described on their website, really is a hidden gem! It was about a three hour journey from home, the last hour on some very ‘interesting’ roads (thanks Sat Nav!). The post code did eventually lead us to the right location. Beryl’s is a family run site, the entrance takes you down a narrow track (not suitable for motorhomes) before opening out onto the campsite itself. The pitches are HUGE and very well spread out. Our tent is not small (a Vango Icarus 500 with extension) and could have easily fitted on the pitch a couple of times over.

The facilites can be found in a barn and include all the usuals. A couple of showers (20p for hot water), loo’s and washing up facilities. As well as the bonus of some fridges and freezers, really useful in the hot weather. The facilities were all clean and well maintained, as was the whole campsite.

On our first full day we explored the beach at Blackpool Sands which is a privately owned Blue Flag beach about 20 minutes drive along the coast road from the campsite. It cost a rather pricey £8 to park for the day. But the beach was really well kept with a cafe, shop and good toilets as well as a lifeguard team being on duty all day. The beach is a large shingle cove and although it was a hot sunny day there was plenty of space for everyone. The sea conditions were not the best for small children though. A shingle shelf meant the waves were really crashing onto the shore and there was quite a strong pull back out to sea, we saw one poor lad being pulled out by the lifeguards. But overall a nice a day at the beach.

On the second day we headed a bit further afield in search of a sandy beach. We headed to the National Trust beach at South Milton Sands. It was another interesting drive down some more very tight lanes, but the beach again, was really nice. There was a cafe and toilets, the beach was wide and open and plenty of space for everyone, on what was a busy day. The sea conditions were much better here. But there was a lot of seaweed which Ethan suddenly decided was the worst thing in the world – deadly stuff! Me and Mum both got in the sea though and caught a few waves on the bodyboard. The boys made some friends to play with on the beach and it was almost relaxing!

On the last day, after eventually managing to stuff everything in the car for the homeward journey (any tips on how to pack lighter for camping?!). We stopped off at the local beach at Beeson’s. This is a shingle beach with quite a steep shelf into the sea. It was perfect for a quick cool down dip after the sweaty business of packing the tent away! There is also a lovely looking pub, one to explore next time.

We were blessed with fantastic weather for the whole four days. Which always makes camping more enjoyable and it was the most successful trip so far with the little people! We will be coming back to Beryl’s Campsite, loved it.