A Taste of Off-Piste 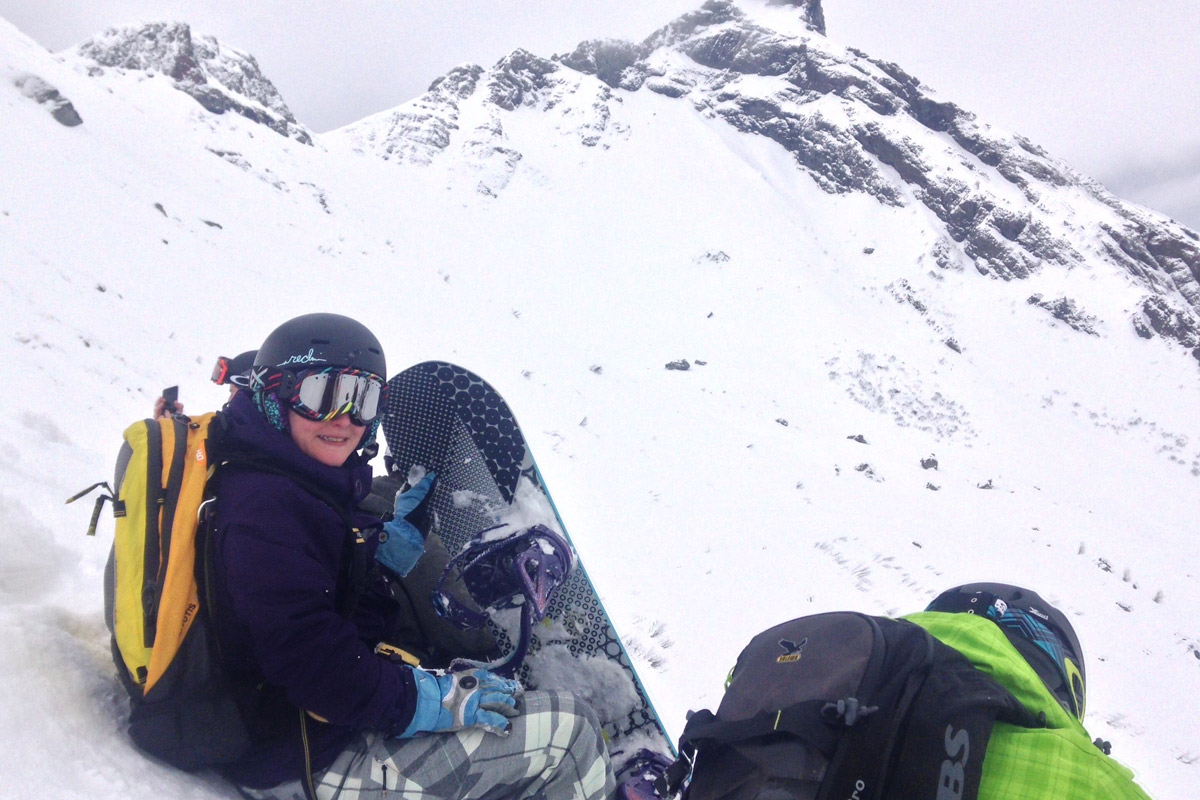 We decided to do something different on the final day of this years snowboard trip and head off-piste!

We hired a guide called Giulio who runs the The Snowboard Academy based in Campitello di Fassa.

First off was learning how to use the various safety equipment (all provided) this included how to find people buried in an avalanche using a transceiver. It was all straight-forward and Giulio made sure we were all competent before hitting the mountain. Scary stuff but I would be very grateful to know the basics should the worst case scenario ever occur!

We headed up the Pian Frataces gondola and then the Sass Bece chairlift (after queueing in the biggest life queue I’d seen all week – took at least 10 minutes!!) and did our first bit of off-piste – a gentle bowl. The snow wasn’t fresh, but it was ideal to get a look at everyone’s standard – good news was we could all snowboard – the bad news I was the worst!!

After deciding we were all capable, Giulio took us up to the top of the Passa Pardoui freeride descent (well over 2000 metres!) unfortunately the cloud had closed in by this point really reducing visibility. We stopped for a coffee and decided as a group to give it a miss – I was pretty relieved! I like to be able to see and I think it may have a been a challenge too far! So we rode the gondola back down and headed for Arabba instead.

We did a whole range of stuff around Arabba – everything from steep gullies to open powder fields and forest. I found the really steep stuff too technical to turn on so ended up slip-sliding down bits of that and putting in a turn where I felt more comfortable. Off-piste snowboarding really is a completely different style of riding compared to on-piste and it takes a while to work out how to balance through a turn – keeping your weight much further back and being more aggressive to complete a turn. My thighs were quickly burning through the effort!

We hit the forest next – which I found extremely difficult and frustrating! Everyone did! Too many tress and there always seemed to be one in your way! Think I managed about three turns through-out the whole descent! I hit one tree-stump and spent a large amount of time digging my way out of the snow – you would stand up in one direction and then topple over the other way! Gave me whole new appreciation of the guys and girls you see riding the trees on youTube.

Eventually we escaped the forest and found the person we had lost on the way, we took the Portovescovo gondola back up and did my favourite descent of the day. We started by traversing across the mountain and then had to walk for a bit (not so good and surprisingly difficult!) then after and small steep descent it opened out into a lovely powder field where you could get some really nice turns going and you felt like you were floating on the snow. Amazing!

We finished up the day we a well earned beer, I was ready to drop but had a fantastic day – it was a brilliant challenge and it really pushed my abilities. Shame it was our last day – going to have to wait another year before getting some more practice in.

One thought on “A Taste of Off-Piste”