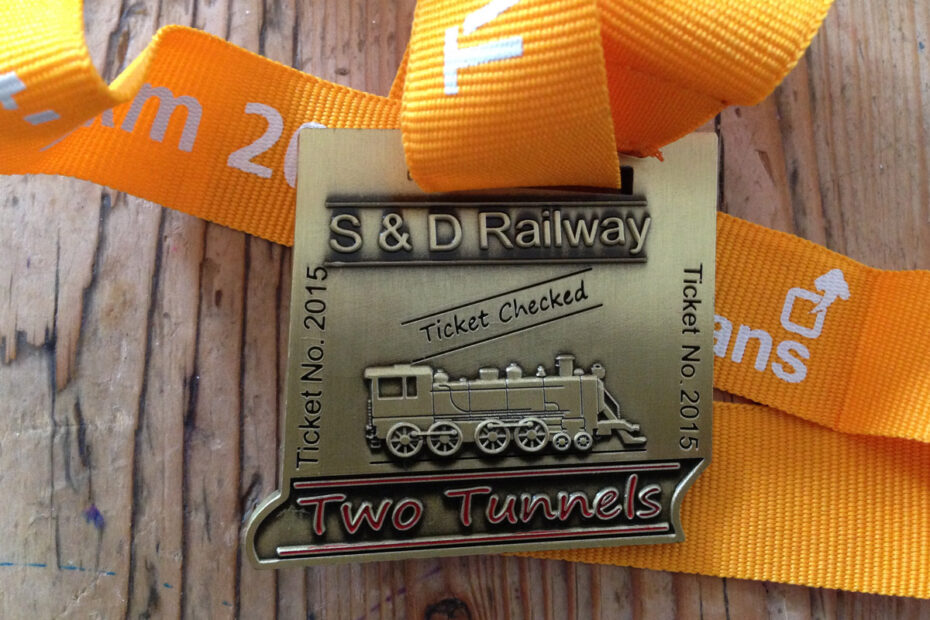 Two Tunnels Bath 10k – How hard can that be? Read on and I will let you know!

Now I am not a runner but I am also not someone to pass up a challenge, so when some work colleagues signed up for a 10 km race I decided it was a good opportunity to see if I could find my inner-runner! They had chosen to do the Two Tunnels Bath 10k which winds it way through the Two Tunnels in Bath (as the name suggests!).

The race we signed up for was one of the Relish Running series – a set of races throughout the year, all using the same course, with varying distance options.

Training was always going to an issue – I just find running dull! I found using Strava to time my runs helped to add a bit of competitiveness to training. By running the same route and seeing if I could beat previous times, I did begin to get faster and add distance. I slowly began to find my stride but I did find getting out more then once a week difficult and this did hamper my fitness improvement. By the week before the race I had built up to a distance of 8 km, I would have liked to have done a full 10 km but I hoped this was enough of a fitness base for the race.

Race day! A lovely and crisp autumnal morning September morning, perfect for running. All the races started and finished at the Brickfields Park just of Linear Park. It was a good set up, plenty of space, a bag drop and most importantly pre-race fuel – tea, coffee and bacon butties all available!

The route of the race was a simple one, 5 km out through the Two Tunnels, turn around and 5 km back! The Two Tunnels Bath 10k run was a popular category but there was plenty of room at the start and it only took a matter of minutes to cross the start line. The race began by crossing a field and then down a short slope and onto the Linear Park. I was wary of setting off too quickly, being a novice! But my legs felt good and I quickly got into a good rhythm and found myself in a small group running at a similar pace.

The route started off as a gentle uphill towards the first of the Two Tunnels and continued uphill into the second longer tunnel before flattening out and eventually heading downhill. I really tried to step up my pace at this point and take advantage of gravity! Running through the tunnels was great, nice and cool and on a lovely surface. I was a bit worried before the race that the tunnels were going to be crowded with runners and members of the public walking and cycling. But this turned out to be not a problem at all, with everyone sharing the space well.

The second tunnel is much longer then the first and I was already not looking forward to the return journey! After popping out into the bright sunshine and going across the viaduct I was very thankful to see a drinks station! Unfortunately I also thought this was the turning around point so I was a bit gutted to find there was another 0.5 km to go!

The start of the return journey was an uphill slog, I just tried to keep the person in front of me in sight! Two-thirds of the way through the tunnel the path began to level out and I concentrated on being able to breathe again! Coming back out into the sunlight I knew we were on the homeward stretch but this is where the lack of training started to show – the final kilometer seemed to go on for forever! Just I was ready to give up the final bridge appeared and it was up a nasty little slope and across the field and the FINISH! The Two Tunnels Bath 10k run – DONE!

What a sense of achievement, the furthest I have ever run…in my life! My time was ! hour 16 seconds, slightly annoyed not to get under the hour mark, something to aim for…maybe!

Have you recently run a 10k What was your experience? Tweet @ownthetrail