Snowboarding with the Girls: San Domenico and Domo Bianca 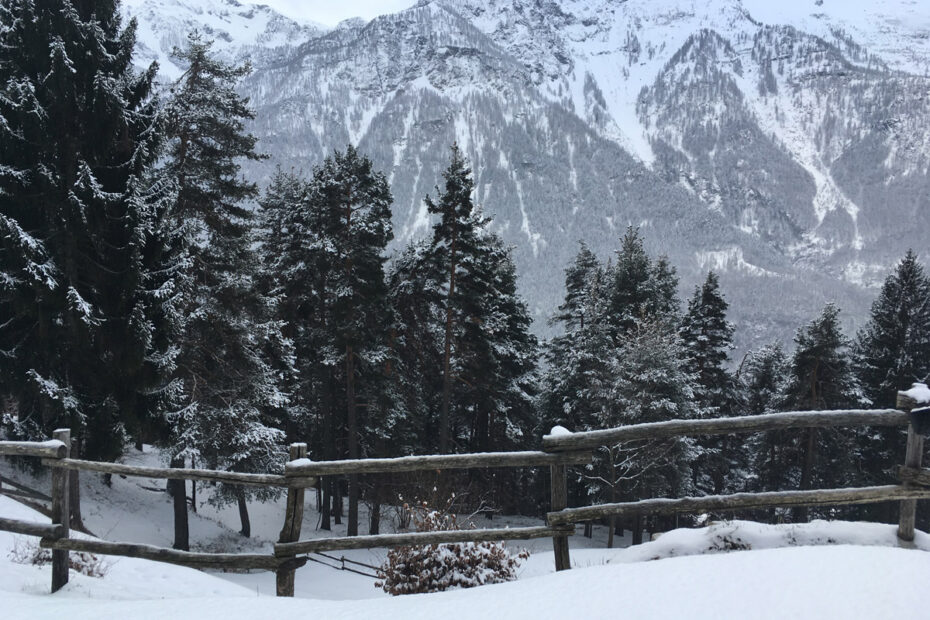 It was going to be a bit of a random trip – a group of mates, some old, some new, a chalet in the middle of nowhere, owned by a friend of a friend and the chance to ski some local ski areas in Piedmont, North West Italy. We planned to go snowboarding in San Domenico and Domo Bianca.

I have been really lucky to keep snowboarding whilst starting a family, and I love going with the boys but when the opportunity of a girls only trip came up I got myself a pass from the husband and signed off from Mummy duties for a couple of days!

We headed off early doors on Saturday morning catching a flight with BA from Heathrow to Milan Malpensa, we collected the hire van and set off to the mountains! We stopped off on route in the pretty town of Domodossola for a beer in the sunshine and a very yummy pizza before dropping into the local Lidl for crucial supplies (prosecco, wine and crisps!).

Fully fuelled and laden we were ready to continue the journey. And it will certainly stay in the memory, a tight, twisty mountain road – single lane in most places – a ‘small’ drop on one side and coaches coming the other direction! We survived, with a few ‘breathe in’ moments and parked the van just above the tiny village of Trasquera, the last part of the journey was to be by foot!

A 10 minute walk down a snowy track led us to the most beautiful location for a chalet – a true mountain hideaway, framed by the most gorgeous view of the mountains it was certainly worth the few new grey hairs I got on the journey to get there. Chalet La Barona was hand-built by Robbie, and he nows runs it as an Airbnb with his partner Loredana. You can find out more details here…but ssshhh lets not tell everyone! They made us more than welcome, the chalet was warm and comfortable and we were given a gorgeous dinner with wine before retiring to our beds, dreaming of the fun to come in the snow the next day.

The day dawned bright and cold and after arriving in the dark the night before we were treated to the most perfect view of the mountains. It truly is a perfect place for a mountain lover to stay, you could never get bored of the view! We got some breakfast in us, and after the normal first morning faff we jumped in the van and headed up the mountain to the ski area San Domenico.

We arrived in the tiny mountain village and eventually managed to find somewhere to park – being a Sunday it was mega busy as all the locals piled into the area. The next surprise was the ‘new’ gondola that was shown on the map was in fact two ancient chairlifts, and a fair old queue! Not great for the beginner boarders in our group and a bit of a shock to the system for everyone! Somehow we all survived the trip up, but we discovered the reason why most snowboarders were taking off their boards! Sketchy!

San Domenico has about 30km of pistes, mostly in a tree-less bowl with a couple of pistes dropping down the backside. The ski pass is €35 for the day, and that gets you a hands-free pass that you can re-charge and use across all the local ski areas. The area has a good mixture of blues, reds and blacks but some of the pistes are quite short and some of the piste marking is fairly terrible!

We spent the first couple of hours finding our feet on the blues before stopping for some lunch. In the afternoon the weather closed in a bit but that didn’t stop us heading for the highter pistes. There were some great reds and blacks, all in fantastic condition thanks to the brilliant snow across the alps this year. The last piste home was a fun twisty red run back down to the village – conditions were a little bit icy in places but it was still my favourite piste. We hit the local bar for a bit of après, and some rather ‘forte’ (strong) cocktails! Before heading back down the mountain have earned our Raclette for dinner.

The weather really closed in on the second day and we woke up to about 10cm of fresh snow (yayyy!) and low cloud (booo!). We headed back up the mountain to the San Domenico area as the new snow meant we had to put the snow chains so we didn’t want to travel too far. Arriving in the village was the polar opposite to the day before – it was deserted! And even better they had a special offer on a Monday and a ski pass was only €19 for the day.

After riding the chairlifts of death again we got to the top and discovered the visibility was awful! At times you couldn’t see the chairlift in front of you! Still we persevered and messed around in the fresh snow off the sides of the blue pistes and then attempted to do one of the higher red pistes which was maybe not the best idea! The piste-markers were extremely far apart, making it almost impossible to know where you were, we ended up following some locals! We spent the last part of the day messing about on the village run, which was even more fun with the fresh snow on. The day was was wrapped up with an amazing mushroom risotto cooked by Loredana.

The last day, and the weather was still overcast with light snow – the San Domenico area was closed so we headed an hour down the road to the ski area Domo Bianca. Domo Bianca is a slighlty smaller area, about 22km of pistes but the ski pass was really good value – just €22 for the day. We all really liked the Domo Bianca area, there was a good variety or runs, including loads of tree runs. We had a lovely lunch in a fab little bar before finishing off the day with a little un-pisted black and a run through the park.

Back at the chalet our hosts invited us round for dinner, it started off with a very civil dinner of traditional mountain food (polenta and sausages) but things quickly got a little messy when a large selection of alcohol kept flowing from the larder including locally made grappas and sugar cubes saturated in flavoured vodka! It was a fantastic evening, but there were a few sore heads when we had to crawl out of bed at 6.00am to make our flight home.

It was a fantastic couple of days, the chalet was amazing, it was fun to ski some new areas and as a group we had such a laugh – it may have to become an annual trip….

2 thoughts on “Snowboarding with the Girls: San Domenico and Domo Bianca”