Snowboarding in Les Gets with the Family 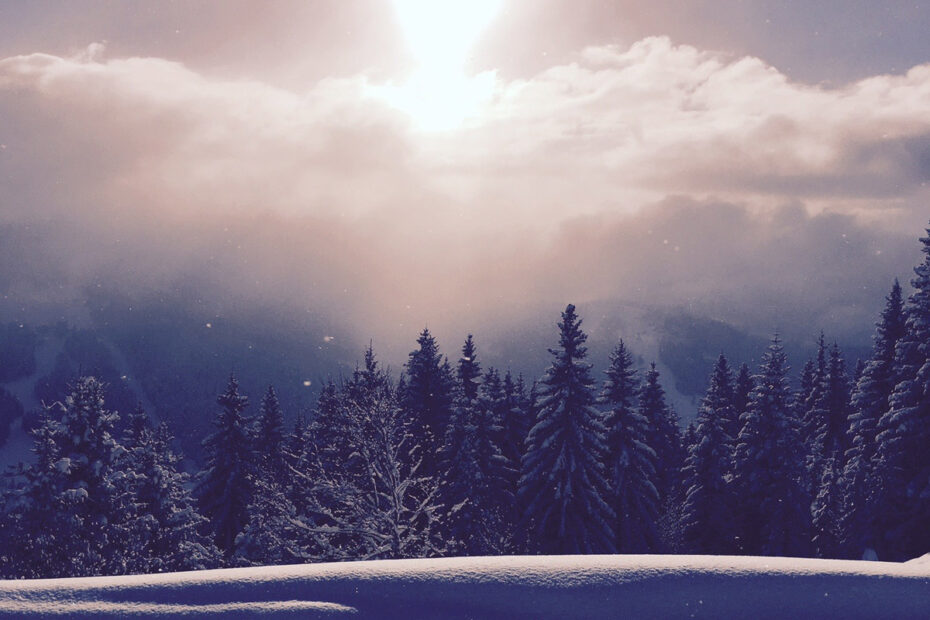 Choosing a destination for a winter holiday is becoming more tricky with an increasing number of factors to take into consideration. This year we picked Les Gets and we were not left disappointed.

This years group was all about family, me, my husband our two year old, my sister and my Dad and his partner. So we were looking for somewhere chilled, good for kids with easy to access to the ski area and somewhere nice to spend time off the piste as well.

Les Gets has a long standing and well founded reputation as a solid family resort, a short transfer time from Geneva, a good range of accommodation, fantastic childcare options and a beautiful ski area. So we knew we were playing it safe by picking Les Gets, it’s only downfall is it’s relative low altitude and this almost caught us out after a terrible start to the season we were left glued to the webcams, crossing our fingers and toes that the white stuff would come in time. It did…just…we arrived in Les Gets in the pouring rain but thankfully overnight it was replaced by snow and that was the story of the week!

We treated ourselves to a catered chalet this year, staying with Pure Mountain in their top of the range chalet and it didn’t disappoint. The rooms were all of a good size and the living accommodation was a massive open space kitchen/dining/lounge and TV room with a lovely log fire in the centre. We had our own chef for the week (the lovely Mike) who prepared a four course evening meal (plus canapés!) for six evenings of the week as well as a cooked breakfast in the morning and afternoon cake! The food was well presented, without being too fussy and a mixture of french and non french cuisine and above all it was yummy! For people who are used to self-catering it was really relaxing not to have to worry about the cooking and the cleaning, well worth the extra money! We also got a good deal, with being a quiet January week, we got 50% off full Portes du Soleil lift passes…bargain!

The first day I spent looking after the little man (a two year old), we all went up the main gondola, planning to do some sledging. However the weather turned when we got up there and Ethan really didn’t appreciate the icy rain (it wasn’t pleasant!) so we turned round and headed back to the chalet to chill out with some films. I got one run in later in the day, on rubbish snow and I had put my bindings on the wrong way! So all in all a first day to forget – it got better!

The second day and Ethan went to the nursery for the first time. After looking at the childcare options we chose to use the local nursery (Les Fripouilles Nursery) which is based in the centre of the village at the bottom of the main piste. Dropping him off couldn’t have gone any better, the staff were very welcoming and Ethan took no persuading to join in. We just put him in for a half day (so till 2pm including lunch) to test the waters but that allowed us plenty of time to explore the pistes in Les Gets before heading back to pick him up.

The rest of the week we spent a mixture of time skiing in Les Gets/Morzine and over in Avoriaz. Getting to Avoriaz is a bit of a pain for snowboarders as some of the linking pistes are very flat and I always feel like once we have got there it is time to head back again. But it is good to do a mixture, really need to stay over that way so we can explore some more.

We were really lucky with the snow and the middle of the week brought a fresh dump which was heaven, so much fun playing on the piste and off the sides. We spent about 2 hours on the red Melezes piste, lots of fresh snow and really quiet. Though we did bite off more then we could chew on a nasty button lift, I made it about a metre and my sister about 8 metres before an embarrassing crawl back to the start and a hunt for a proper lift!

We also made sure Ethan got a taste of the snow and borrowed a Burton Riglet snowboard from a very kind person from the Snowheads forum, which was a bit of a fun to mess around with. We just went up and down the driveway outside the chalet and I was very impressed with how well the little man could balance on it, bodes well for next year and some proper time on the snow!

Our chalet host Katy suggested that we popped along to Bar Bush for the pub quiz night, which was a really good laugh, despite our team finishing well down the order. The TV round was especially tricky, anyone else heard of Ninja Warrior UK?

The last day was a perfect bluebird day, fresh powder and blue skies. We headed up to Mount Chery, which was really quiet and just had an amazing morning of messing around in the powder just off the piste, a fantastic way to finish the holiday. We finished up with lunch at the Cowbell, an English owned bar doing something a bit different – Hot buttered rum amongst other tasty treats.

I really like Les Gets, the atmosphere, the size of the village and the variety of skiing. Pure Mountain were excellent hosts, made the holiday really enjoyable, nothing was too much of a problem and everything was about making sure we had the best time possible. We will be back!

Have you recently been on a family skiing holiday? Where did you go? Tweet @ownthetrail